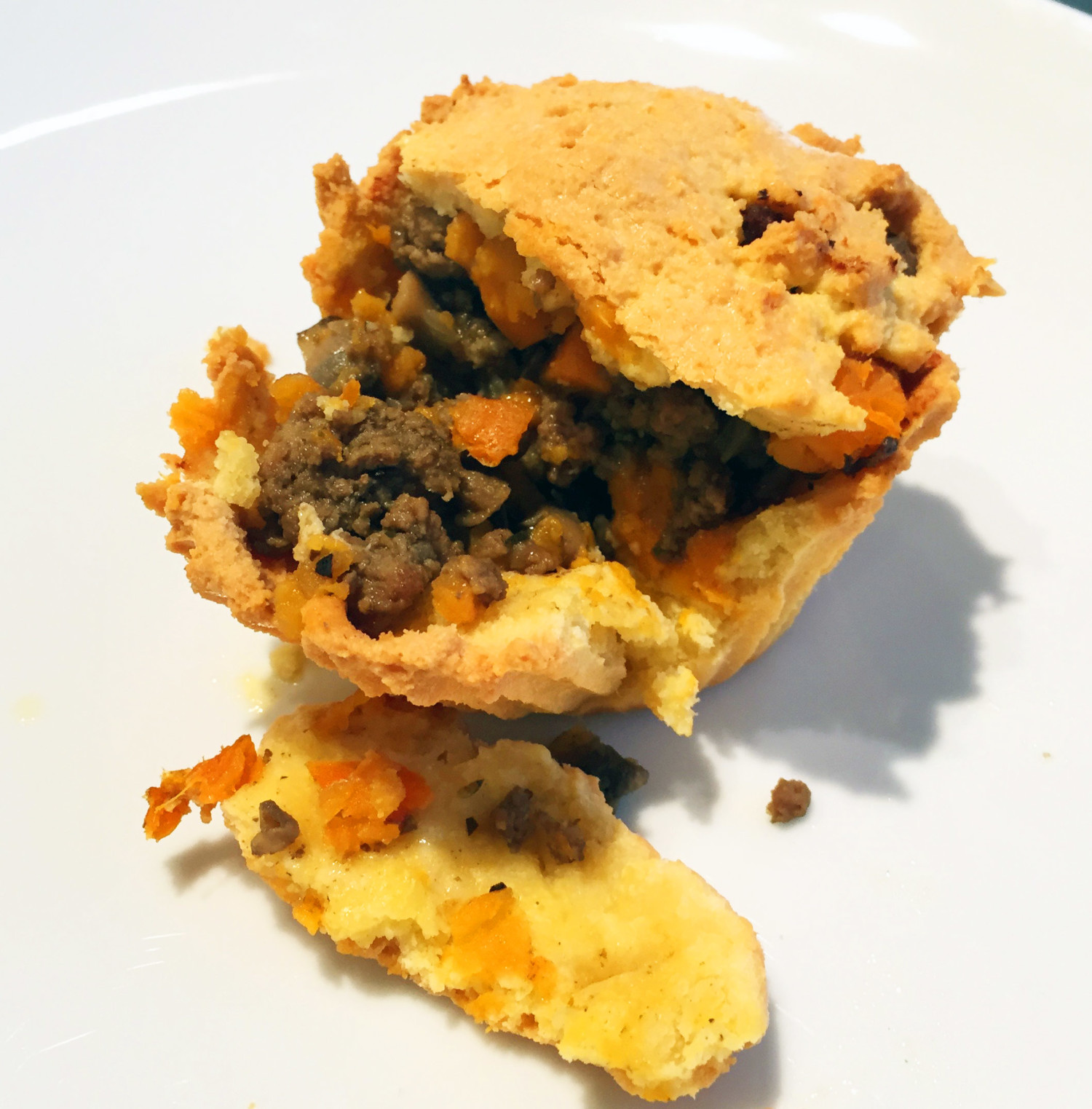 Like the Pavlova, the Meat Pie is associated with both Australia and New Zealand. Both claim ownership to the meat filled pastry, which is often consumed during and Aussie Rules Football or Rugby League Game. Whether you’re in a stadium with 80,000 of your closest friends or chilling at your place watching TV, this meat pie is a good meal wherever you are. Here’s my paleo take on it:

Preheat oven to 400F. Combine the Almond flour (sometime I like to add in a little arrowroot as I think the Almond can be too wet and dense. I do live in a humid environment though) with the eggs, Coconut oil, and sea salt. Knead the mixture into a dough ball. Place aluminum cupcake holders in a cupcake tray. Spray with Coconut oil spray. Save about a third of the dough ball for the top of the meat pie and for the rest into small balls (I usually get about 6, but I make them thick). This can be tricky, but carefully press and work each ball around the cupcake holder. Pre-cook these for about ten minutes.

Now, cook the onion in the olive oil in a large pan over medium-medium high for a few minutes, then add in the beef, salt, pepper, and paleo Worcestershire sauce. Once almost brown, add in carrots and sweet potatoes can continue to cook for a few (about 5) minutes. Then, add the stock, mushrooms, and spices. Simmer until liquid is thickened and absorbed, can be up to or over 30 minutes. 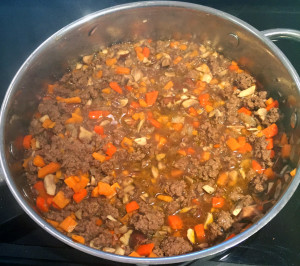 When meat mixture is done, fill the pre cooked pastries with it. Fill each just to below the top, and place the remaining dough over the top to close the pie. Press to seal it around the edges.

Return the pies to the oven for another ten minutes or golden brown. 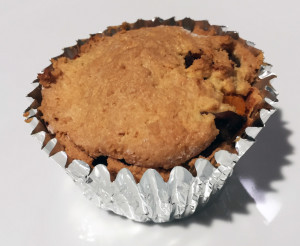 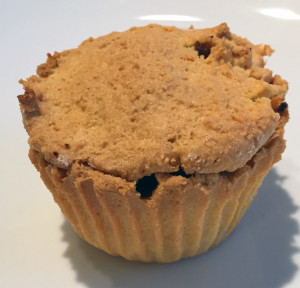 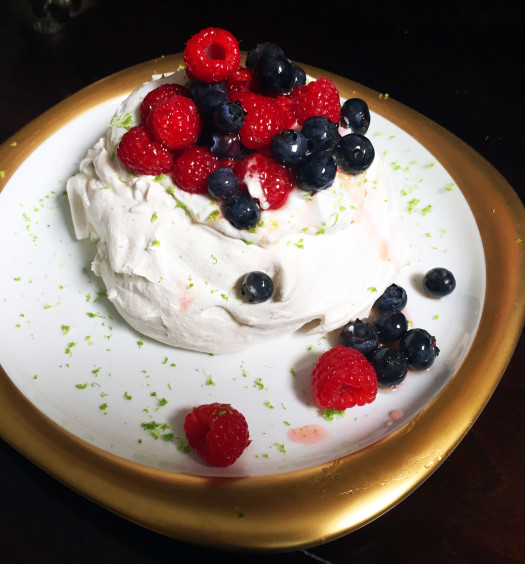